Kazakhstan Hopes to be Centre of Peaceful Nuclear Industry

Posted by Melany Krangle in Nuclear Market Research on April 16, 2013.

As North Korea continues to voice threatening rhetoric regarding its nuclear weapons ambitions we at NRG Expert, the market research company, would like to highlight some progressive national policy: the peaceful nuclear industry ambitions of Kazakhstan.

A nation that once held the 4th largest nuclear force in the world (inherited after the collapse of the USSR), [2] Kazakhstan hopes to once again be a nuclear industry leader. However, having implemented a strict anti-proliferation policy (all inherited nuclear weapons had been transferred to Russia by 1995) the nation is striving to be a world leader in the safe and peaceful use of nuclear technology for economic development. [2] Working in concert with the IAEA, Kazakhstan plans to develop a “nuclear fuel bank under the International Atomic Energy Agency’s jurisdiction.”[1] The Goal is to provide access to fuel for civilian reactors and discourage nations from developing domestic uranium enrichment capacity. [1] It is argued that this would also deter nations from developing weapons-grade materials.

There is much hope that this ambitious plan could yield positive results. One of the primary goals is to deter proliferation of nuclear weapons by providing a source of low-enriched uranium via a transparent, internationally monitored system. Kazakhstan, it is argued, is well positioned to accomplish this; it has an exemplary safety record and a “thriving nuclear sector.” [3] In addition, Kazakhstan has considerable nuclear resources with an estimated 15% of the world’s uranium reserves and 35% of global uranium production as of 2011.[4]

NRG Expert Analyst Edgar van der Meer notes that Kazakhstan’s strong production capacity would also mean that the proposed fuel bank could safeguard against fuel supply disruptions, providing a measure of stability to global markets. This ambitious plan may have considerable influence over the future of nuclear power and weapons proliferation he adds. Kazakhstan, already a force in the global nuclear industry, appears committed to leading the way in the peaceful use of nuclear technology. If progress continues, this initiative will be one to watch. 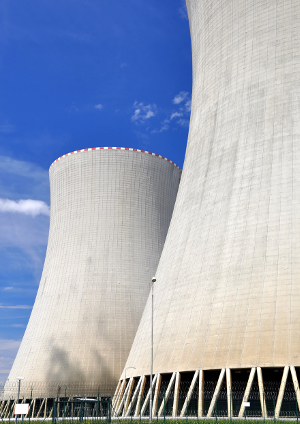