But why will Battery Fueling succeed when Better Place failed? Firstly, The company ‘Better place’ aimed to  completely replace battery packs in electric vehicles. This technology was extremely expensive to set up and required a whole battery replacement. The system would not be able to ‘top-up’ the batteries and preserve any charging the vehicle owner had done at home.

Why is the Battery Fueling system more advantageous? The new US Patent by Battery Fueling Limited has designed a system which has thousands of little batteries, with an isolation system which isolates damaged batteries so they can be replaced at low cost. This is much more reliable and cost effective than one large battery with no fail-safe.

This new system allows for the specific desired amount of batteries to be purchased at the battery fueling station, rather than an entire battery swap. When an entire battery is swapped the  remaining power in a partially charged pack would be lost ( as in the Chaney US patent 6,631,775.  )

While other battery swapping companies do exist, this new patented technique offers some important advantages:

>> Charge added to the cells at home by the consumer is not lost – rather, only the depleted cells are swapped out

>> Damaged or dangerous cells can be identified and removed before they can harm the vehicle.

>> Cell swapping can be accomplished rapidly and in a format similar to existing gasoline service stations pumps.

The Battery Fueling system offers a friendly pump interface for electric vehicles. When pulling up to a fuelling station customers will be offered a  choice of petrol, diesel or ‘Battery Fueling’. The system uses thousands of small batteries, thus needing only to replace those that are damaged or depleted. This will enable electric vehicle owners to ‘top-up’ their car in the traditional manner, not constrained by the cost of a complete battery swap.

The Better Place fuelling system in comparison required a large drive through facility for the automated replacement, this was costly and did not stick to the pump fuelling consumers are accustomed to.

Battery Fueling Ltd system is therefore designed to fit to the current system as closely as possible. The company will ensure that electric vehicle refuelling stations are frequent and alongside existing petrol stations for ease of use.

The positives taken from ‘Better place’ are still present in the Battery Fueling system. Taking ownership of expensive batteries away form the customer is important to keep the cost of the car down. Battery Fueling puts the ownership of these batteries into the hands of the big car and petrol companies, encouraging them to increase the reliability and performance of these expensive components.

“Better Place had a visionary idea, but not the chops to pull it off. But… the concept still stands a good chance of being carried through, only by someone else” 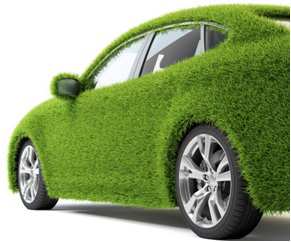 Battery Fueling is therefore looking like an exciting new technology which provides a viable solution to electric vehicle recharging problems. The system solves the problems associated with previous attempts to replace battery cells in electric vehicles. This new and innovative electric vehicle refueling method is better, cheaper, familiar and safer for the consumer and allows the provider to offer a service not available before now.

For a short period of time Battery Fueling are looking for interested investors: