White Paper: A History of Hydropower

Fill out the form below to get the download link. 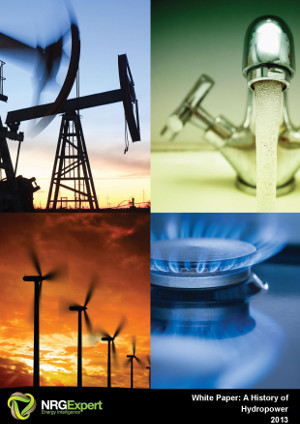 Contents of White Paper: A History of Hydropower

This NRG Expert White Paper looks at the history of hydropower. Topics covered include: the big dam period in the USA and research on small hydropower development, particularly in Europe and China.

Hydro power generation originated with the invention of the hydro turbine in France in the 1830s. Thereafter hydropower continued to play a major role in the expansion of electrical services, both in North America and around the world. By 1886, there were about 40 to 50 hydro plants in the US and Canada. This complimentary white paper summarises the history of hydro power and looks in particular at the development of small hydropower plants in the US,  Europe and China.

The Big Dam period in the USA

Development of SHP in China

Figure 1: The number of dams constructed by decade (excluding China)

Figure 3 Development of the capacity of turbines and pump turbines

Figure 4 Development of the capacity of generators and motor-generators

Available for sale at NRGExpert.com

Want some Energy Data and don't know if we have it?